Visitors : What is UU / History 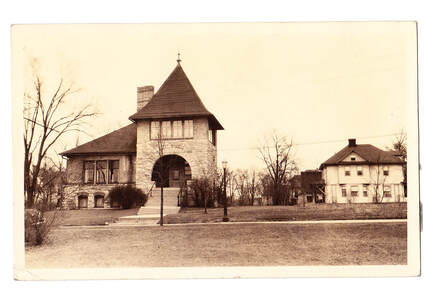 The Unitarian Church of Hinsdale was founded in 1887 by William Channing Gannett, a blue-blood Bostonian who counted himself among the “Unity Men.” The Unity Men were intellectual renegade radicals of the west who asserted that religious authority was not to be found only in the Bible but rather in intuitive, direct experience of God. This kind of ethical theism allowed for unlimited spiritual freedom. The church was originally founded as a mission church for these “unity men,” and it was initially named Unity Church.
In the late 1800’s, Unitarians were divided between the Christian-leaning Unitarians based in New England and their more “theist” counterparts, the transcendentalists led by Ralph Waldo Emerson. Gannett fell on the theist side of this split, but was committed to encouraging unity within the denomination. He wrote a document that became quite influential called “Things Commonly Agreed Among Us,” in which he affirmed Christian roots but acknowledged other sources of inspiration and truth beyond the Judeo-Christian tradition. He also wrote a hymn that was sung at the dedication of the church and remains the congregation’s motto today, entitled Here Be No Man a Stranger. The idea was that this was a church that excluded no one and emphasized commonalities rather than differences.
The church also has a strong history and ethic of openness to world religions. When the Parliament of World Religions came to Chicago in 1893, religious leaders from around the world came and spoke from the UCH pulpit.  From the Vivekananda Society webpage:

The church was well served for thirty years by the Rev Edward Searl.  Well-beloved, Rev Searl was named minister emeritus and retired in 2012 after a long career delivering intellectually stimulating services that incorporated his love of history and music.